Or you can try Driver Booster 5 PRO, which can help you scan and install the latest patch in time, here you are the two steps:

1. Run Driver Booster 5 (only PRO version can get the update); 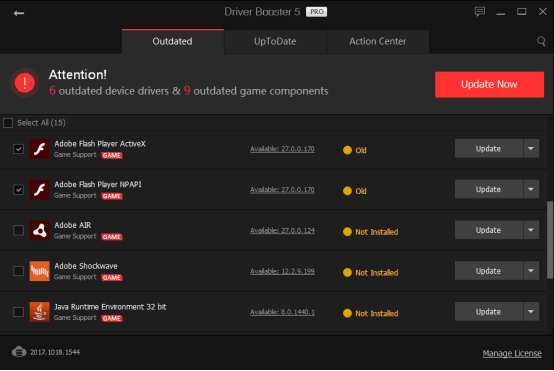