A new cryptojacking malware named PowerGhost is reported to have attacked some business PCs and servers. PowerGhost is fileless malware which uses system files and features native to secretly embed itself on a single system of a network to evade detection and deliver its payload, then it spreads to other PCs and servers across organizations.

What’s the influence of PowerGhost Malware?

PowerGhost malware is targeting on some corporate networks and attaches itself to the victim’s workstations to mine for cryptocurrency without being noticed. The more devices that are infected, the more mining profits the attackers will get. So far, PowerGhost malware raised high concentration in India, Turkey, Brazil, and Colombia.

How to prevent PowerGhost Malware?

Since PowerGhost is fileless malware, it can be even harder for the victims to notice than any other cryptojacking malware. As a result, a malware blocker is necessary to ensure the security of the corporate networks.

IObit Malware Fighter 6 helps to prevent the latest cryptomining malware like Clipboard Hijacker malware, Trojan Dofoil and PowerGhost malware etc. It will give notifications once the malware is detected and then block the threat automatically. Besides, IObit Malware Fighter 6 provides a safe box to ensure double security of your important files, which blocks any unauthorized online accesses of your computer.

To prevent PowerGhost malware, there are only two steps. 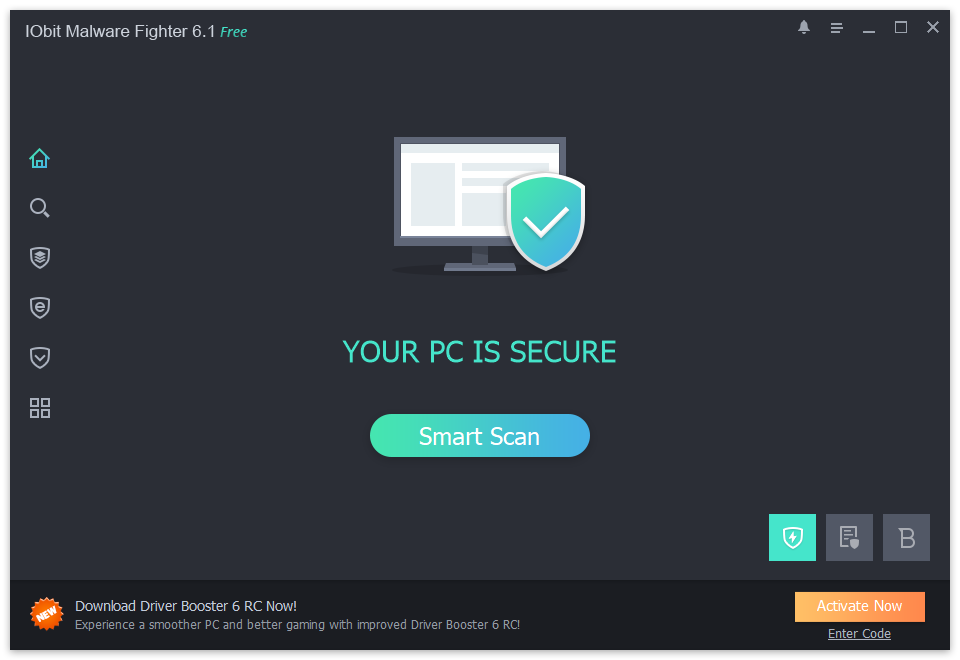 2. Remove all threats that have been found. 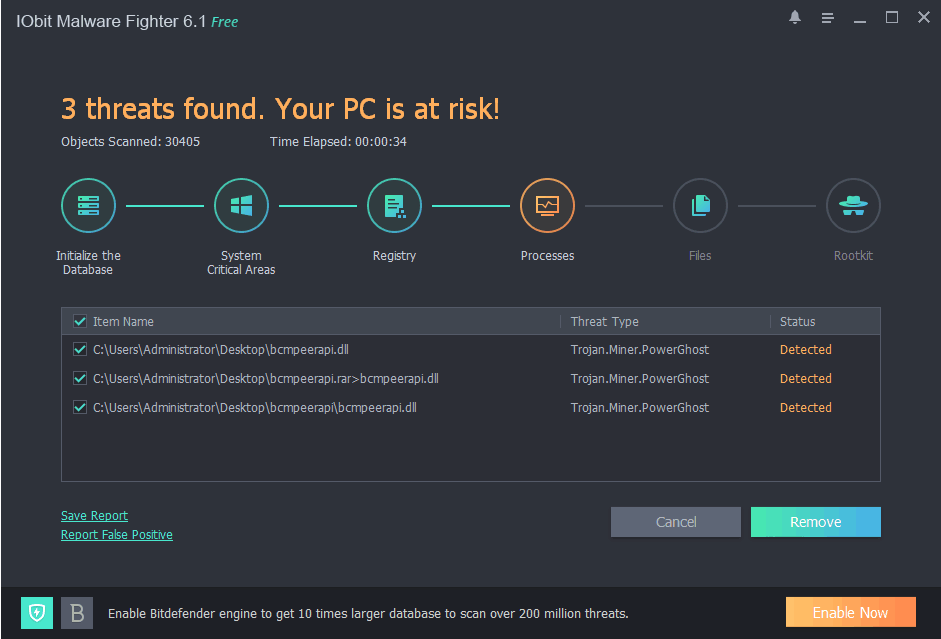 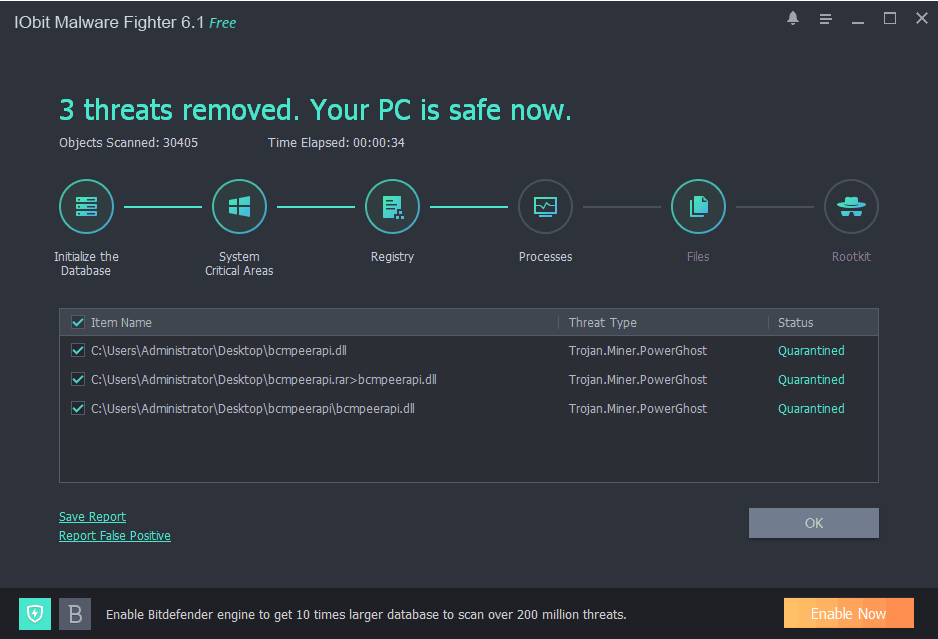