Just few days ago, Microsoft released Cumulative Update KB4471332 for Windows 10 version 1809. This update fixes the Seek Bar in Windows Media Player, and it also brings security updates for core Windows 10 components. However, this newborn update is already being complained about the audio issue after installing by several users.

In one of the threads on Reddit, “ Everything was fine until I restarted to install the latest Microsoft update December 11, 2018 - KB4471332. After the restart my audio devices are missing, tried reinstalling the drivers but Windows can't find the hardware”, user complained about the Realtek audio driver is affected by the cumulative update KB4471332. Besides, other users also complain that installing the cumulative update will remove the audio driver on the system after restart. For now, it is hard to predict how many users are suffering from this issue, but Microsoft is start investigating how the bug breaks down audio, so it might take a while to make an official statement from Microsoft.

The sound issue happens more than once after Windows 10 October 2018 updates. Back to October, many users have experienced the No Audio Output Device is Installed error, and now – the audio driver missing issue. However, all these encountered audio driver problems can be solved by Driver Booster. If users are having trouble with finding driver, or no driver is detected, it can help to find the driver back by using auto-scan solution.

1. Run Diver Booster and it will automatically check driver status and find out whether the driver is missing, outdated or faulty. 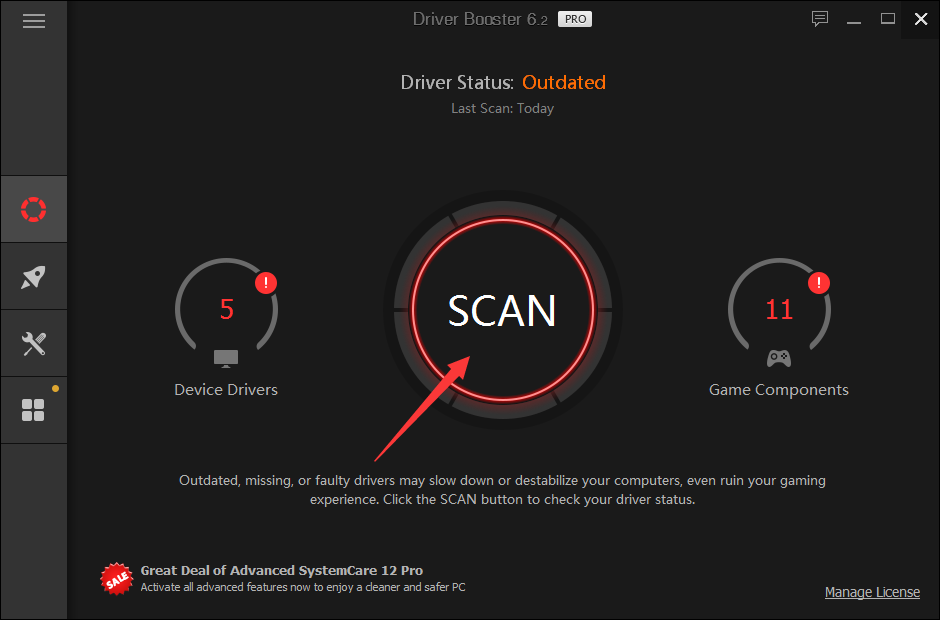 2. After scanning, the missing, outdated or faulty driver will be displayed in the result list. Click “Update” the problem will be solved. 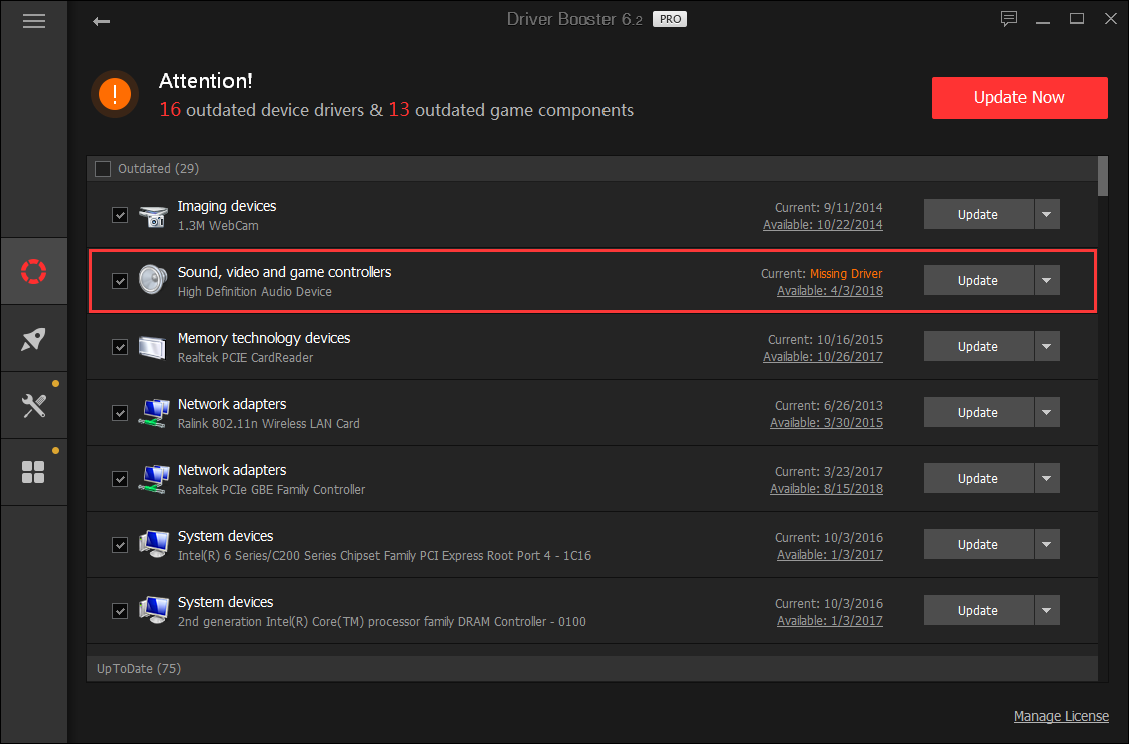 If user is experiencing any issues after installing cumulative update KB4471332, it is recommended to report them in the Feedback Hub on Windows 10.