Download iTop VPN to bypass geo-restrictions, speed up in minutes for a peak game experience.

What is Client Server Runtime (csrss.exe) Process on Windows

In Task Manager on a Windows PC, we always noticed that there are some processes named Client Server Runtime Process (csrss.exe) running. Sometimes it can occupy high CPU of the RAM or some virus detect tools claim the process as malware and suggest it to be removed. But csrss.exe process is a necessary part of the Windows system.

What is csrss.exe process and why is it running on my PC?

Csrss.exe is a safe Microsoft process to help manage the majority of the graphical instruction sets on Windows operating system. Before Windows NT 4.0, csrss.exe was in charge of the whole graphical subsystem, including windows management, drawing options, and many other functions. With Windows NT 4.0, a large number of the work system capacities were moved from the Client Server Runtime Process to Windows Kernel, which keeps running as an ordinary procedure. In any case, the csrss.exe procedure is as yet in charge of support windows and the shutdown function. There are some other similar processes on Windows too, include svchost.exe, dwm.exe, ctfmon.exe, mDNSResponder.exe, rundll32.exe and Adobe_Updater.exe etc.

Can I end csrss.exe process randomly?

Since csrss.exe process is an essential part of Windows system, you cannot end it randomly. Generally, csrss.exe process won’t be notice until there is a high CPU occupation issue. To check the process, please open Task Manager.

1. Right click the blank space of the task bar and choose Task Manager; 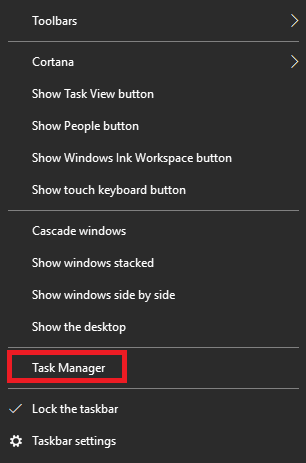 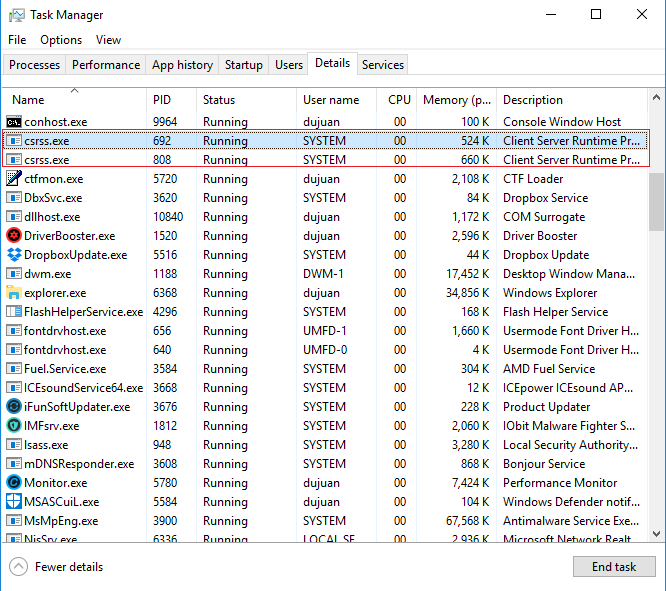 In the list, you can check the process status clearly.

If you want to end the task, there will be an ensuring notification and when you click “End task” and then operation will be denied. This process is under protection, and you simply can’t shut it down yourself. Force stopping the process will result in Blue Screen of Death error. 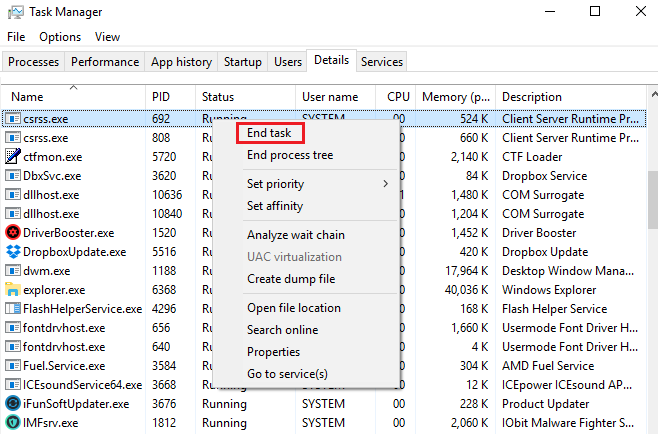 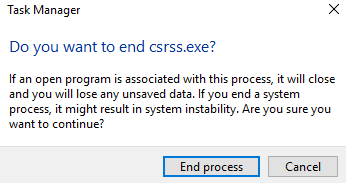 Can csrss.exe be a virus or Trojan?

Generally, csrss.exe process runs normally on the computer, which will not occupy too much CPU usage or cause a problem.  But if you have encountered a high CPU usage problem caused by csrss.exe, maybe you can consider its possibilities of being a virus or Trojan. Csrss.exe process used to be modified by the malware to accomplish some malicious operations. 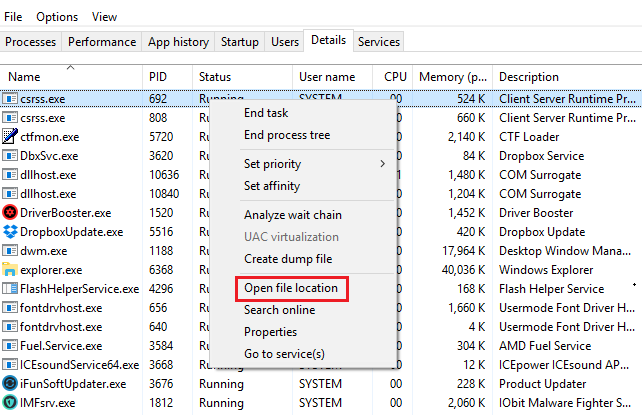 When the location is correct, you can try a malware blocker to check the csrss.exe virus or Trojan. In the folder, right click the file and choose “scan with IObit Malware Fighter”. Then it will be detected if there is virus or Trojan attached. 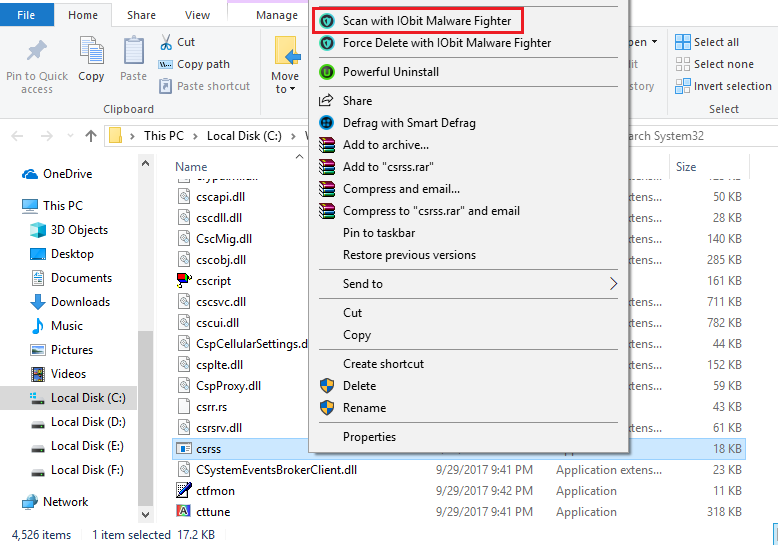