How to Update Game Components on Windows

What is Game Component?

Components are designed to achieve some complicated functions of a certain program. Game components are indispensable for a game. While designing games, developers normally will use the existing solutions like API, SDK, Framework etc to achieve special gaming effect. That may save time on repeatedly setting a module, and also avoid of duplicate work. Those existing solutions belong to game components.

The Necessity of Updating Game Components

It’s necessary to keep the game components up-to-date, following are the reasons. First, fix known bugs. Some known bugs will be easily used by attackers, especially in some paid games. While updating game components can help avoid of being attacked randomly. For instance, Adobe Flash Player was reported to fix the critical “zero-day” vulnerability, which prevents users’ PC from attacking and protect the private data. Second, improve gaming performance. Updating game components can speed up your game loading in a great way, which makes the gaming process smoother and more stable. Such as OpenAL updating, it renders 3D sound quickly, which provides better experience when watching a movie or gaming. Third, explore new features. Any programs, including game components, are updated with new features added. These new features can better adapt to the development of the games.

How to Update Game Components?

JRE(Java Runtime Environment), which includes the java virtual machine and the java base class library. It is a game/software environment required for programs written in java language to be used by users who want to run java programs. It supports 32-bit and 64-bit systems.

PhysX is a proprietary real-time physics engine middleware SDK. It was authored at NovodeX, an ETH Zurich spin-off. The term PhysX can also refer to the PPU expansion card designed by Ageia to accelerate PhysX-enabled video games.

Unity is a cross-platform game creation system developed by Unity Technologies, including a game engine and integrated development environment (IDE). It provides proper conditions for games developed with Unity Engine.

With Drive Booster Pro, the update can be finished in just two steps.

1. Run Driver Booster Pro and wait for the scanning result; 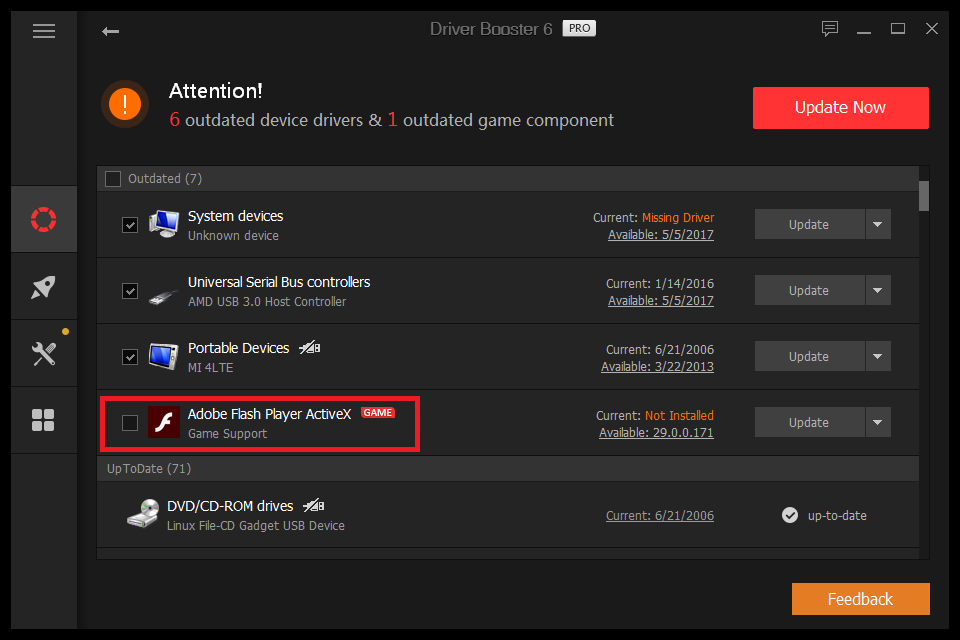 2. Click “Update Now” to get all the latest updates. 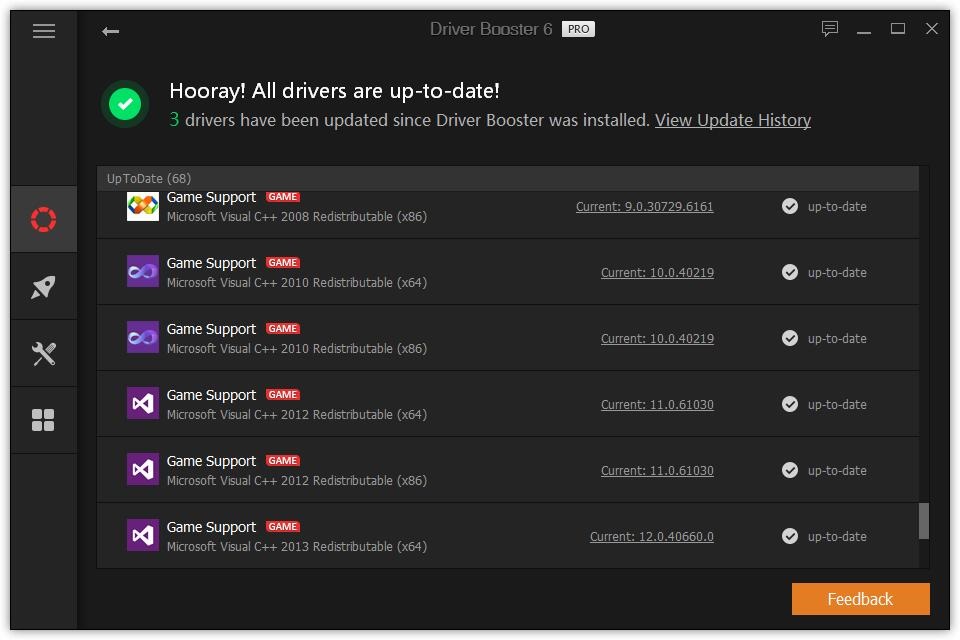