How to Fix Blue Screen of Death on Windows

Blue Screen of Death, generally known as BSOD, is a computer failure where problems have been detected by the system and it has disabled itself to prevent potential threats. Some blue screen problems can be fixed by simply rebooting the system, while others may need to take further steps. 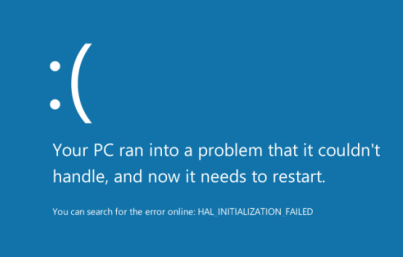 There are several causes which can lead to blue screen of death, including driver failure, high RAM occupation, hardware problems, high computer temperature and virus etc. To deal with your blue screen problems, you need to find out the cause first.

Running too many programs together in the backstage can also cause blue screen of death. The computer can hardly handle so many programs at the same time, then crash. This problem can be fixed by rebooting your computer system and optimize it in a way. The better solution is to clean up the ash inside in order to speed up your system.

Hard disk deficiency can also lead to blue screen of death because it fails to access or read some data on your computer. If it's serious problem of the hard disk, maybe you need to change a new one. But it's not that serious, just formatting the hard disk can fix. Please remember to back up your saving files before any solution.

Sometimes, the software will cause incompatibility to the system then appear blue screen of death as well. This is not a common situation but exist, so what you need do is confirm if the blue screen problem appears after installing the software. If it is, uninstalling it to see the result. If not, maybe you need to consider other causes.

Too high computer temperature can not only cause blue screen of death, but also black screen problems. Sometimes you need to shut down the computer to wait for the temperature cooling down and restart. This is mainly caused by the poor heat dissipation of the computer. It can be solved by shortening the time of using your computer or add a better heatsink to ensure long-time using.

If attacked by trojans or another virus, your computer will also appear blue screen of death. The virus may damage your system files and get the system resources occupied, thus leading to blue screen of death. If this is the case, you need to full scan and detect your computer to check the virus condition, then remove it completely. However, some virus can be stubborn and may cause serious damages on your computer. Then you'd better re-install the system for safety sake. Full scan and anti-virus can use IObit Malware Fighter  to have it removed.

All these considered, your blue screen problems can be solved. Remember to clean up your computer hardware and storage in time so that there will be less related problems.