Windows 10 April 2018 Update was released by Microsoft on April 27th, 2018. Its new features are mainly related to Timeline, Nearby Sharing, PC Gaming and some other improvements. Timeline helps to easily find out what you have saved on computer. Nearby Sharing makes faster shares through Bluetooth or WIFI. PC Gaming provides a choice to customize graphics performance per game, which allows you to set games to high performance or power saving. In order to make better adaptation to Windows 10 April 2018 Update, AMD and Intel have launched new drivers along with the update.

The update of AMD and Intel drivers has solved some incompatibility problems of the drivers on Windows 10. They both update the Graphics drivers to improve the display effects when gaming. AMD has released Radeon Software Adrenalin Edition 18.4.1 which initially supports for Windows 10 April 2018 Update. It has fixed some new issues and known issues to improve game experience. Also, Intel has released Driver 24.20.100.6025 for Windows 10 April 2018 Update. It brings quality and power saving improvements and provides better brightness while displaying.

Get the latest driver of AMD here

Get the latest driver of Intel here

Driver Booster 5 PRO provides the update of the latest drivers of both AMD and Intel. It can fast scan and check your driver status and then give the update list. Besides, it can fully support updating drivers for the latest Windows 10 April 2018 Update (version 1803). You can just update all to get better online experience. 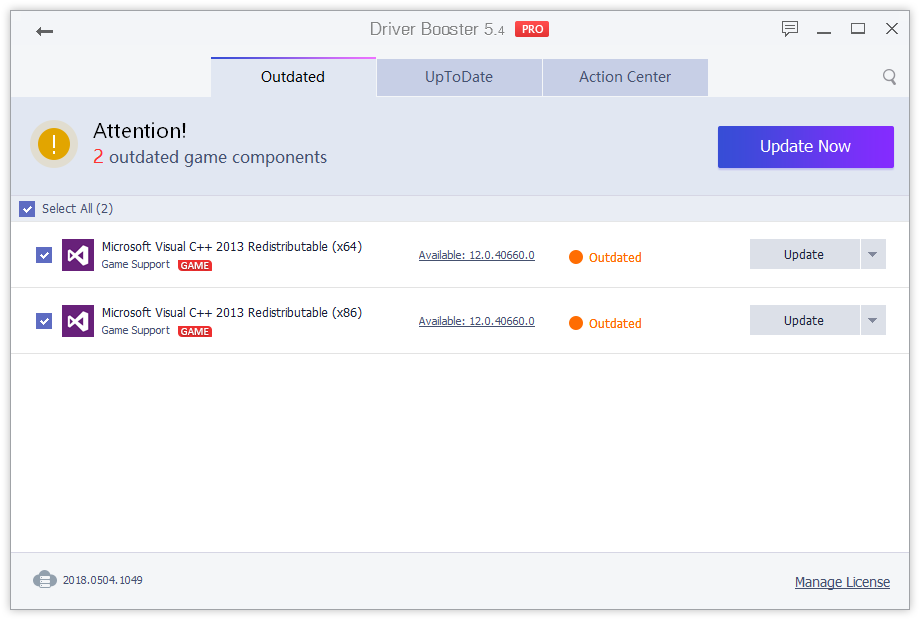 How to Fix No Audio Output Device is Installed Error in windows 10, 7 , XP