Following AMD and Nvidia, Intel updated its integrated graphics (GPU) driver to the latest version 24.20.100.6286, which is available for the Windows 10 operating system. The driver is compatible with 6th, 7th and 8th-generation processors and also some older Xeon, Celeron and Pentium CPUs that have Intel HD Graphics 500 or a better version of it. The new Intel Graphics driver brings improvements for game performance and some bug fixes. To update the Intel Graphics driver to the latest version, users can download the driver manually on the Intel official website, or simply update drivers by using Driver Booster 1-click solution.

According to the Release Note, the latest Intel Graphics driver has major performance improvements and offers optimizations for  World of Warcraft: Battle for Azeroth (for both DirectX* 11 and 12 versions) and Jurassic World Evolution. Besides, the driver 24.20.100.6286 also provides playability improvements for Vampyr and Monster Hunter: World and improvements in media playback with 6 core processors, including the AVC codec.

In addition to new features, a list of bug fixes is also included in the update. The most notable fix is that Intel has fixed inaccurate color being shown with YouTube playback when hardware acceleration is enabled. Because this is the default setting for the major (Chrome, Edge, and Firefox) browsers, many users of Windows 10 are affected.

Other bug fixes in the driver include: 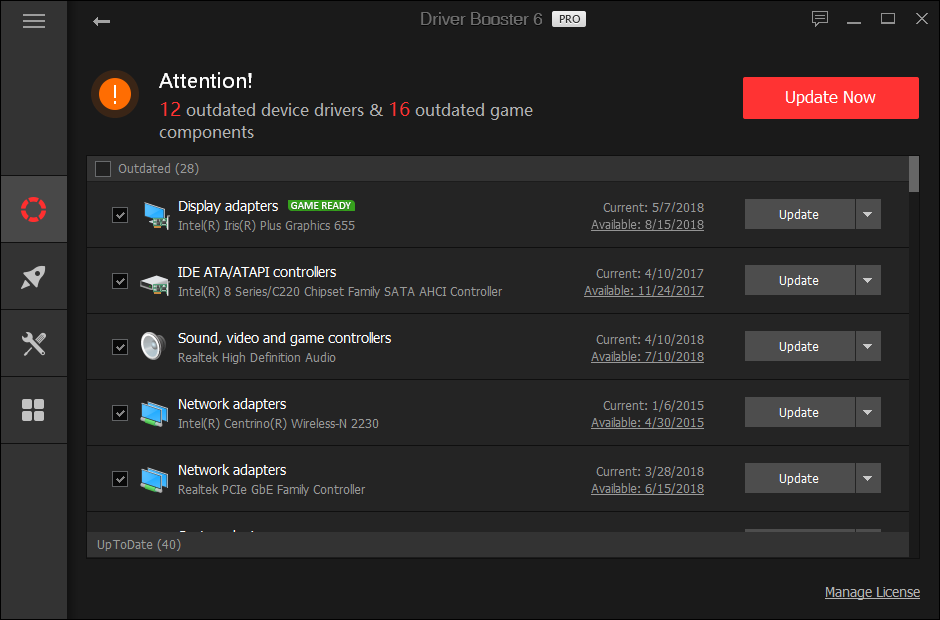 As a driver updater, Driver Booster can automatically detect outdated, missing and faulty drivers and update the best-match drivers quickly and safely. Additionally, the common but awful problems such as no sound, network failure, bad resolution, and device error can be fixed with Driver Booster. To Free Download Driver Booster or Buy Pro below.